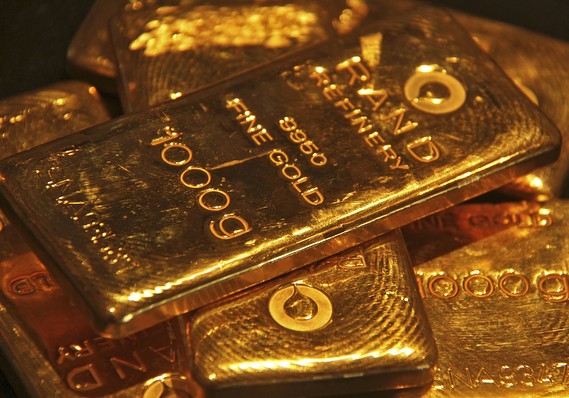 Seeing as how the gold standard is a “money method”[1] by which all exchange value is made dependent upon the weight of a certain substance, viz., gold, it would seem appropriate to “weigh it up” to determine whether or not, “weighed in the balance,” it is “found wanting.”

Indeed, weight measurement was the standard of value during the period when the gold standard held sway, and that standard was gold by weight: the dollar was set at 23.22 grains of pure gold (a grain being 1/7000 of a pound), the pound sterling at 113 grains, the German mark at 6.146 grains, the French franc at 4.98 grains, etc. In this manner, all the currency systems of the countries that adhered to gold standard were bound together by gold. Gold served as the currencies of the world’s reserve currency. This is likewise the origin of the modern system of reserve currencies, but we reserve that discussion for another opportunity (I discuss reserve banking in more detail here).

The gold standard is considered to be, well, the gold standard of money methods. Its great attraction lies in the discipline it lays on governments to conduct a strict and balanced fiscal policy. It does this because it ostensibly takes monetary policy out of the hands of the state. I say “ostensibly,” because the reality is a bit more complicated than that, as we shall see. Nevertheless, the gold standard system came also to be known as the “automatic mechanism” precisely because it functioned without government interference, indeed without any interference at all, guided by a veritable invisible hand. Again, this was not entirely the reality, but not entirely a departure from reality, either.

So the gold standard took currency management away from the state. Prior to it, the state did manage the currency. And that state-run currency system had its roots far back in history.

To be precise: with the advent of coinage in ancient Lydia (western Anatolia) around 700 B.C., the state became the manager of the monetary system.[2] Prior to this there were systems of commodity money – the Old Testament, for instance, speaks of silver as currency (a shekel being a weight measure of silver), and both silver and barley were used as commodity money in ancient Mesopotamia. These were not state-run but purely market affairs. Coinage was introduced, not as a form of commodity money, but precisely to counteract commodity money, which at that time was intimately tied up with the institution of debt slavery. It was introduced to insulate the domestic economy from foreign hegemony. It thus likewise accompanied the rise of the Western concept of freedom in the Greek city-states: coinage was one of the means which enabled the Greeks to wrestle their freedom from the Eastern (Persian) hegemonic empires.

Rome carried on the Greek tradition of coinage and introduced it throughout its empire (“Shew me a penny. Whose image and superscription hath it? They answered and said, Caesar’s. And he said unto them, Render therefore unto Caesar the things which be Caesar’s, and unto God the things which be God’s” (Luke 20: 24-25).) In so doing, it established for posterity the tradition of state management of the money supply. All of the Western European kingdoms took over this Roman institution and applied it as they waxed into independent sovereign states. But this system had its drawbacks. It required precious metals, mainly silver but also, secondarily, gold, to function. And during the entire period of medieval and early modern times, these metals were in short supply. The money supplies of these countries were subject to the vagaries of that supply – mines exhausted here, mines discovered there, new techniques opening new areas up for mining, the demand for silver from the East, in particular India and China – all of these factors played a role in the relative abundance or scarcity of the raw material needed to make the circulation go.

Add to this the practice of competitive devaluations conducted between currency regions, and one can understand the preoccupation for the provision of a supply of metallic currency; a preoccupation which later ages looked upon disparagingly. They even had a name for it: “mercantilism.” But this was no idle preoccupation, for the entire economic circulation depended on the existence of a metallic coinage; nothing else enjoyed the common consent and confidence necessary for a circulating medium.

Coinage was thus a state-run affair, and when the gold standard came around to supplant it, it actually supplanted the regime of coinage entirely. Where the gold standard became established, there coinage dried up. Gold coins never enjoyed the circulation the great silver pieces did, such as the Spanish pieces of eight, which in fact formed the bulk of colonial America’s circulation. No, the system of the gold standard was based on an entirely different “money method”: that of credit and banking.

This may come as a shock to those advocating a return to the gold standard. The common image is that of a rock-solid metallic currency that cannot be manipulated. But the reality of the gold standard was that, under its regime, credit exploded. This was not a bad thing; in fact, it was the way the Industrial Revolution was financed, and without it, that revolution probably would not have materialized. Still, the gold standard engendered a massive increase in banking and credit-derived bank money.

In this system, gold did not circulate in the sense of changing hands. Rather, it was locked up in bank vaults and served as the basis for the structure of credit. It was thus the reserve that every bank needed in order to issue credit. Theoretically, for every dollar of credit the bank issued, it could back in gold. Practice was different: reserve ratios were maintained depending on the likelihood of “cash,” i.e., specie, withdrawals. A ratio of 1/3 was common, at least initially. But with the practice of reserve banking, by which banks deposited their gold holdings with other “reserve” banks, the basis shrank.

So it was under the regime of the gold standard that we obtained an ever more “elastic” money supply. This was reflected in the explosion of credit. Macleod used the following example (from England) to show how the money supply there had changed under the gold standard.[3] He used the finances of the Slater house as representative of commerce in general. For year 1856, this is how its income statement looked:

As Macleod noted, “Gold did not enter into their operations to even so much as 2 per cent. And this may furnish a clue by which we may obtain a rough estimate of the amount of Credit.” If this is representative, then credit amounted to 50 times the amount of gold. “This Credit produces exactly the same effects, and affects Prices exactly as so much Gold: and it is through the excessive creation of this kind of Property that all Commercial Crises are brought about.” It is a warning similar to the one Walter Bagehot made in his classic work Lombard Street: the entire edifice of credit was being erected on an ever slimmer basis.

Macleod avers that this lay at the heart of the commercial crises that repeatedly afflicted the economies under the gold standard. But it was the working of the gold standard during the times when it functioned automatically, the way it was supposed to work, that engendered the misery and resentment that led to the rise of the labor movement, political agitation, and the ultimate demise of the system.

These flows occurred not only within countries but between them, given the international character of the gold standard. When economies, including national economies, ran trade surpluses or deficits, gold flowed to the surplus country, expanding its money supply and fomenting economic activity. By the same token, gold flowed out of the deficit country, restricting the money supply and depressing economic activity. The result was deflation in wages and prices.

So the gold standard worked by allowing inflationary and deflationary swings to redress trade imbalances. This resolved the underlying imbalance, but at what price? Severe bouts of unemployment, and consumption- (and thus production-) killing deflation. Schumpeter, perhaps the most thoughtful and nuanced defender of the gold standard, argued that deflation was not necessarily a bad thing, when all prices and wages moved in sync. Theoretically this might be true, but in practice, deflation has always been traumatic.

In fact, the only benefactors under a regime of regular deflation are creditors. This dynamic gave rise to the so-called social question and the various labor movements, socialism, and communism which characterized the later 19th century’s political landscape. The political unrest behind these movements found increasing recognition in the expansion of the suffrage, which brought the labor movement into the midst of the political arena, and put the interest of the workers on a line with those of the creditors. As a result, a new political calculus came to hold sway – called “stabilization” – consisting in the pursuit of price and wage stability. From this point on, governments pursued policies that could provide this kind of stability.

What then of the gold standard’s automatic mechanism? After all, it was based on the inflation/deflation model of rebalancing, and this new political agenda worked at obvious cross purposes to such rebalancing. The answer is, it was paid lip service as an ideal but was increasingly undermined in practice, first at the edges, later at its heart.

The first concessions to the new agenda were social programs and labor legislation. While they may have alleviated the working class’s lot, they did nothing to solve the underlying problem – the trade imbalance – and in fact hindered its resolution by devoting resources to perpetuating the status quo. Old-school conservatives recognized in this the first signs of state encroachment on the private sector, and they were right.

Along with this came central bank intervention. At first this was small-scale; but after World War I, it became de rigueur. Central banks came to master the art of “open-market operations” to control interest rates and, hopefully, changes in the money supply. But what really broke things open was the policy known as sterilization. By this policy, the automatic mechanism was entirely short-circuited. Sterilization entailed the removal of gold from circulation in the real economy to keep it from affecting prices and wages. This was done in the name of stabilization, but it effectively kept the gold standard from performing its rebalancing function. The countries from which gold flowed remained in a constrained economic situation, while the countries to which gold flowed were kept from expanding. Instead, that money went into the financial market. This precipitated the great bull run on the stock market in the late 1920s which ended in the Great Crash. After this, the gold standard system fell apart: some countries continued to adhere to it, allowing it to constrain their money supplies, while other countries went off of it and saw their money supplies expand and some degree of prosperity return. In addition, this period saw the advent of massive social programs administered by government, which required some degree of government influence on monetary policy in order to gain adequate financing. This dependence by government upon monetary policy, and the popularity this enjoyed among the electorate, sealed the fate of the gold standard.

What are the lessons to be learned from this history?

[1] The term is Joseph Schumpeter’s: see his Treatise on Money (here and here).

[2] For the historical background to the following discussion, see my book Follow the Money. For more on this entire discussion, one may also consult the accompanying introductory course in economics, which goes into more detail.