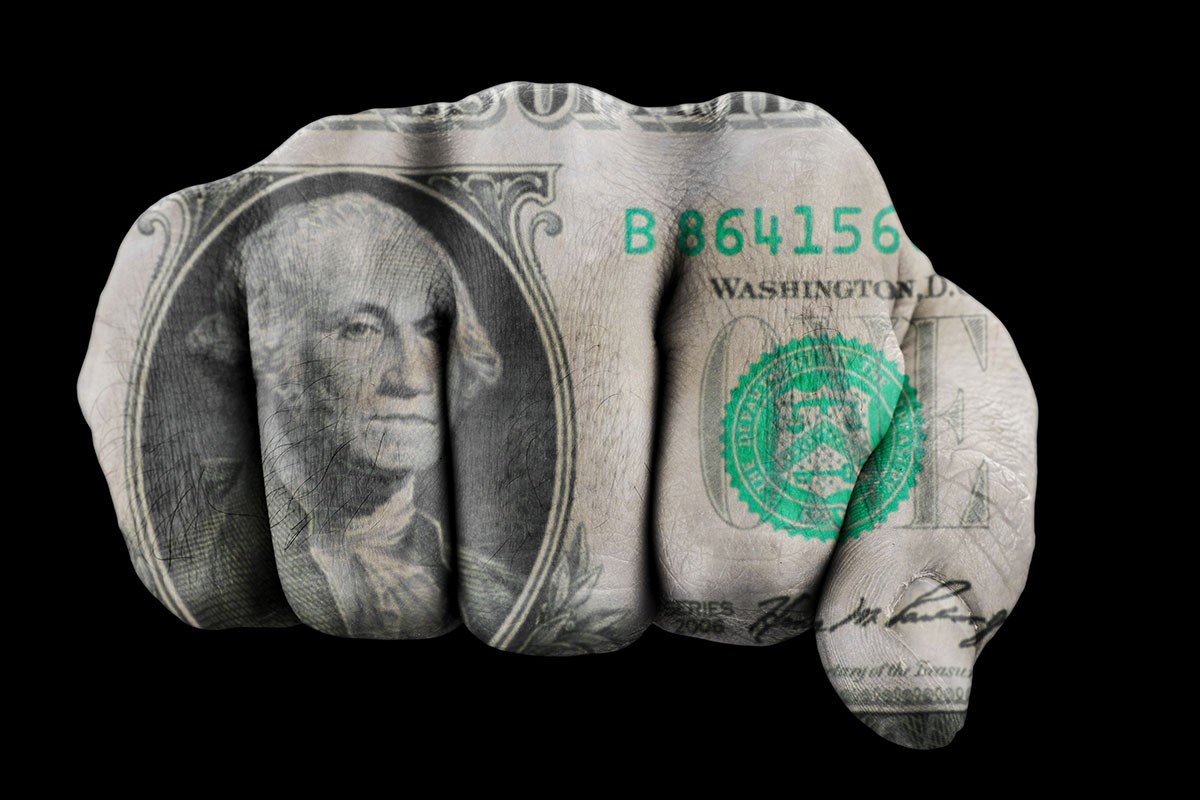 Since the November election results, markets have been gaining – so much so that the big Wall Street trading firms booked eye-popping earnings in the fourth quarter. “Citigroup’s $3.7 billion trading haul was its best fourth-quarter showing since the financial crisis. J.P. Morgan Chase & Co., which reported its results last week, had its best fourth-quarter for trading ever,” reports the Wall Street Journal. The reason? According to this same article, the prospect of rising interest rates and “confidence that President-Elect Donald Trump’s policies will spur the economy.”

In particular, the prospect of reduced corporate taxation has markets in an upbeat mood. The expectation is that billions of dollars held overseas will start finding their way back into the country, taking advantage of the improved investment climate.

Such an influx of money from abroad, whether it’s being repatriated or it constitutes a fresh inflow from foreign investors, has the effect of increasing demand for dollars. This boosts the dollar’s exchange rate.

Supposedly, this is good news. The vast majority of commentators in general view a strengthening currency, and in particular a strong dollar, as a boon. An unsigned editorial in the Wall Street Journal argues that a strong dollar policy historically has gone together with a strong economy, as was the case with Reagan and Clinton, while a weak dollar policy has accompanied a weak economy, as with Nixon, Carter, George W. Bush, and Obama.

Although this particular editorial makes many dubious assertions, the main thrust of it is the claim that Mr. Trump’s recent statements emphasizing the undesirability of a strong dollar is simply another bit of evidence that he shoots from the hip, says things without thinking, and really doesn’t understand that a strong economy of necessity fuels dollar appreciation. Like other presidents, he should leave pronunciations about the dollar’s exchange rate to his Treasury secretary.

The point that the editorial makes, that a strong economy leads to a strong dollar, is not the point it is trying to make, that a strong dollar leads to a strong economy. The latter is precisely what must be demonstrated rather than asserted. And it leads us to re-evaluate whether or not Mr. Trump is shooting from the hip in a wild and unthinking fashion. For it forgets a cornerstone of Trumponomics, as articulated on the stump ad nauseum throughout the campaign, which is that there can be no economic restoration without a rectification of global trade imbalances, of which the US trade deficit is the most glaring manifestation.

It is easy for the Wall Street Journal to say that, during the Reagan years, “[while] extended dollar strength did hurt some U.S. companies against foreign competition, and the U.S. ran a large trade deficit…. The boom continued, and except for a shallow recession in the early 1990s the economy sustained a strong dollar and strong growth for many more years.” Yes, GDP figures superficially may have been strong, but under the surface, as we have outlined in previous articles,[1] the entire manufacturing base was being packed up and shipped overseas. For thanks to the strong dollar policy, the US not only ran a large trade deficit, it kept running a large trade deficit, and continues to do so to this day. This ongoing, year-in-year-out trade deficit is the telltale sign that we are living beyond our means, paying for our consumption not by equivalent production, but by debt.

This, not strong economic growth, is the legacy of the strong dollar policy. Is it pursued out of hubris, out of blindness, or simply at the behest of our friends, the Transnational Capitalist Class? Be that as it may, it is the background to Mr. Trump’s statement regarding the undesirability of a strong dollar. Trump knows that the dollar rally may signal strong economic growth in the short term, but in the long term it will keep the necessary rebalancing of the global economy from taking place, and in that all the efforts at relocating jobs and rebuilding manufacturing capacity will have gone for naught.

[1] For background on debt-financed consumption and the accompanying deterioration of production capacity, see these previous blog entries.