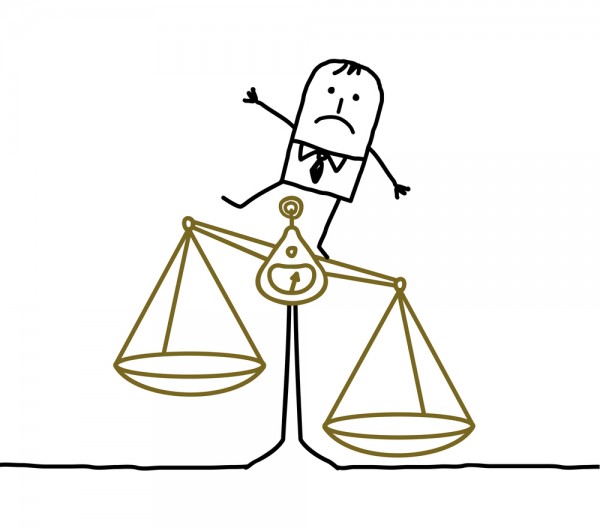 Donald Trump’s election victory on November 8th is now a fact. Reactions to it have not been lacking, of course. On the economic front, they have ranged from the cautiously optimistic to predictions of utter doom. For their part, the financial markets went from downturn to upturn in short order (as chronicled here by Jerry Bowyer). But the financial markets, disconnected as they are from the real economy, are not very good arbiters of broader economic trends. What is important is the concrete policy decisions the Trump administration is going to make with regard to trade.

This is not to diminish the importance of other measures, such as tax policy. These will play an important albeit subordinate role in the kind of economic performance the country and the world will experience in the coming years. But the key issue – and significantly, one of the key issues addressed in Trump’s campaign – is trade. In terms of economic importance, nothing else comes close. To paraphrase Alfred North Whitehead, contemporary economic policy consists of a series of footnotes to trade policy.

For those who have been following this blog, such a statement should come as no surprise. Allow me to reiterate the main points:

Great profits are being made within this arrangement, the flip side of the great losses (the ever-burgeoning global debt burden) the tab for which will be picked up by future generations (hello Millenials!). It stands to reason that anyone threatening to upset this particular apple cart will incur the ire of the entire range of vested interests, popularly known as “The Establishment” and more scientifically as the Transnational Capitalist Class.

The gravy train must keep flowing, and the uneasiness bordering on panic bordering on hysteria evidencing itself in much of the post-election news reporting has its roots precisely in the realization that (to use yet another of these analogies) the punch bowl is about to be taken away.

Now then, if these trade deficits are as important as I am claiming they are, what can be done about them? Obviously, this will be easier said than done: not only will there be the implacable resistance of special interests, there will be the entire set of problems that is involved in what has come to be known as “The Great Rebalancing.” For what is required is that entire national economies be reordered to restore the “virtuous circle of growth” and break some seriously settled habits.

On the export side, there are two major forms of imbalance that need to be addressed: the Asian Tiger model and the German model. Let’s take these one at a time.

The Asian Tiger model was pioneered by Japan and took flight during the 1970s upon the breakup of the Bretton Woods arrangement. Ultimately it is based on the artificial suppression of the currency’s exchange rate in order to ensure export sales. The export industry in combination with government controls the economy. They structure the economy in order to benefit the export industry at the expense of domestic industry and trade. In particular, the banking system is subjugated and forced to perform certain functions, such as paying below-market interest rates on both savings (thus penalizing households) and loans (thus benefiting business).

One result of this model is that it keeps money earned from exports (which earnings are denominated in dollars) from re-entering the ordinary market (a process called sterilization), as this would cause the currency to appreciate. Rather than being repatriated to the producers, much of those dollar earnings are kept in dollars, held by the country’s central bank, and invested in US government debt (Treasury bills and bonds). In this manner, earnings are taken out of the ordinary market and kept on the financial markets, leading to asset bubbles. This money can return to the ordinary market and so fund consumption, but not by the original earners spending it (which would reinstate the virtuous circle); rather, it is borrowers, who are given access to this liquidity, and in this manner are allowed to fund consumption in an unsustainable manner. This was one of the factors behind the boom-bust of the first decade of the 21st century.

The German model differs from the Asian Tiger model because it does not depend on obtaining competitive advantage via manipulation of exchange rates or by sterilizing foreign earnings. Rather, it achieves this through fiscal policy, mainly through measures to suppress consumption. Wages are held down in the interest of competitiveness, and consumption is discouraged by means of a consumption tax (VAT). The result is the same: the producers, whether they produce for domestic or foreign consumption, are kept from spending their own earnings. These earnings are simply foregone. This benefits the export sector by improving terms of trade, but it does not benefit the country, because those foregone earnings could have gone to generate and sustain the domestic economy, thus reducing the country’s dependence upon the vicissitudes of export markets.

What these methods have in common is the suppression of consumption. It is perhaps no coincidence that the countries engaging in these practices have long traditions of frugality and asceticism. This is not the place to enter into a discussion regarding the relation of religion and morality to economic growth, although I do reserve the right to do so at some point in the future. I only raise the point to indicate something that cannot be mere coincidence. And indeed, the countries on the other end of the trade relation – the net consumers – have gotten a name for being spendthrift and lazy, incapable of competing. The reality, as we hope to explore another time, is more complicated.

So, in order to achieve this “great rebalancing,” essentially two things have to happen – countries need to reorient their fiscal and monetary policies to, in the case of the producing countries, promote domestic consumption, and in the case of consuming countries, promote domestic production. In the latter case, a reworking of venerable “import replacement” policies is in order. A focus on the domestic economy is required which will restore the virtuous circle of growth and break the cycle of unsustainable debt financing.

What kind of policies would the Trump administration need to pursue in order to further this proposed state of affairs?

First of all, one thing needs to be made clear. All the saber rattling on the part of countries in Europe and Asia with regard to a trade war, such as China’s threat to buy Airbus aircraft rather than Boeing aircraft, are nothing more than that. As with the dire warnings surrounding Brexit earlier, the countries doing the threatening are, in point of fact, in no position at all to threaten. They are running trade surpluses with the US or the UK, as the case may be, which means that they selling more to those countries than they are buying from them. This means that they need those countries’ markets, and if they cannot sell to them, they will be left with surplus production and nowhere to offload it. Hence, these countries know as well as anyone that saber rattling is useless at best and counterproductive at worst.

What about US threats of (to cut to the chase) a 45% tariff on imported goods from China? This would be the least desirable method of achieving some sort of rebalancing. Leaving aside the corruption involved in business lobbying for protected status (as noted in 1931 – another period of protectionist agitation – by James Harvey Rogers), such a tariff would dislocate whole industries and so undermine economic growth in the short to medium term. In the longer term, a tariff might lead to a functioning economy in the US, as domestic industry restored itself to some level of its former glory, but it would damage China severely, without providing any mitigating mechanism to enable it to begin producing for the domestic economy on a sustainable basis.

There are far better and more mutually agreeable ways to engage the great rebalancing than punitive tariffs. Firstly, and Mr. Trump is absolutely right on this, currency manipulation has to be stopped. While China may not be engaging in this at the moment, it most certainly was for a long period in the late 1990s and up until the crash of 2008, leading to its mountain of dollar reserves. In this regard, Trump is closing the gate after the horse has bolted, at least respecting China, but the entire system of sterilization and amassing of dollar reserves has to be put an end to.

Then there are the domestic policies that structurally suppress consumption. These have to be reversed. In the case of China, household consumption in 2010 declined to an “astonishing” (Michael Pettis’s word) 34% of GDP, astonishing in view of the fact that for most countries this figure is at 60-70%. Behind this low level of domestic consumption are policies promoting forced savings and what Michael Pettis refers to as “financial repression,” wherein banks operate to transfer savings from households to business and government at below-market rates. The German method utilizing wage restraint and consumption tax must also be reversed.

The Trump administration must insist on these common-sense changes in domestic policies on the part of its trade partners, because they are not mere matters of domestic concern: they affect trading partners as well. Pettis shows this in ch. 6 of his book The Great Rebalancing. Using the case of Germany vis-à-vis Spain, he outlines how domestic policies in Germany affect Spain’s economic prospects, and how both countries need to make coordinated adjustments to ensure a transition to a balanced economy. The same has to be done on a global scale.

On the domestic front, changes to the tax regime regarding business, bringing it more in line with other countries’ corporate tax rates, will be of some help, as will various initiatives to reconstruct and bring jobs back to the inner cities, and the various infrastructure projects. But these will be of little use if the main issue, international trade and its discontents, is not addressed comprehensively and thoroughly. Otherwise, the opportunity presented when the US electorate dodged the bullet of a Clinton presidency, which would have sealed the deal for the transnational corporate class, will have proved to be only a bump in the road to Elysium.