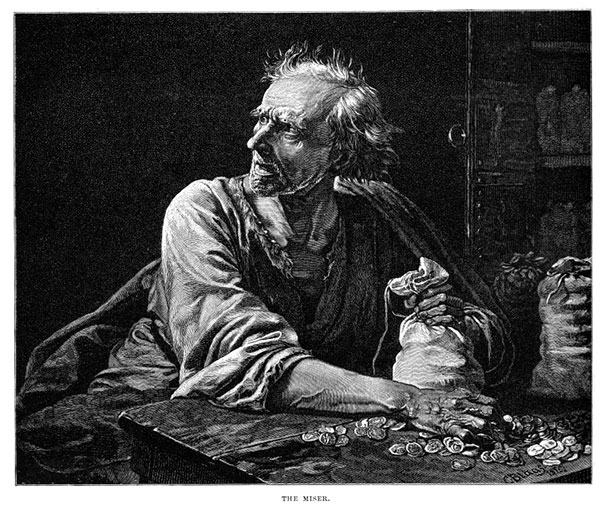 When Schumpeter writes, “Now to the question: what is a savings account?”,[1] he is not being facetious. There is more to savings than meets the eye. Of course, the bare fact of saving is simple enough to understand. Rather than spend all of our earnings, we take some and put it to one side. What could be more straightforward?

Actually, the problem is not so much understanding what savings, or a savings account, is, but what kind of effect it has. And that is anything but straightforward.

Essentially, what is accomplished with the act of saving is the removal of circulating medium from the cycle which is what an economy is.

An economy is a cycle or a circular flow: this is one of the first lessons of basic economics, encapsulated in the principle originally put forward by Jean-Baptiste Say, “supply creates its own demand.” All this means is that, at the end of the day, the producers are the consumer and the consumers, the producers. It is the same people producing who do the consuming, and vice versa.

At least, this is the basic picture, before things get complicated with things like foreign trade and fiscal policy. And things like savings. For what savings does is remove some of the circulating medium by which this economic cycle does its cycling. There are two aspects to the cycle: the circulation of goods and service, and the accompanying circulating medium by which the goods and services are accounted. When a shortfall of the circulating medium crops up, the result is deflation. And so, saving on the face of it has a deflating effect on wages and prices. And a deflationary environment is noxious to economic growth.

As a result, we have what economists have dubbed the “paradox of thrift” whereby saving, normally thought of as an act of economic virtue, or at least efficiency, actually depresses economic activity. The details as to how this occurs differ depending on the analyst, but the upshot is that saving, far from being the benign, even constructive act that it may well be on the personal level, actually has, or can have, a negative effect on the economy at large.

So which is it? Do we really have a paradox here along the lines of moral man, immoral society? Is personal saving something good for the individual or the household or other economic entity, but bad for the economy at large?

To figure this out, we have to take a look at what actually happens in the act of saving. First, of course, there is the proverbial mattress, or, especially in the days of coinage, the chest. In such a case, we have the circulating medium definitively removed from the economy for however much time the saver desires. (Or for much longer than that, as witness contemporary discoveries of hoards of coins from e.g. Roman times.) We can call this form of saving “hoarding.” It is peripheral to the main discussion.

What happens in the modern world is something different. When we save, our first resort is not the mattress but the bank. And when we do this, our money earns interest. What is interest? Let’s just say that is another of those phenomena that economists have a hard time figuring out. Perhaps we can address that subject in a future article. For now, we mention it in passing with the caveat that in the contemporary zero-interest-rate environment, it is not the incentive for saving that it normally might be.

So we put our money in banks. What happens then? Does it just sit there, like in the mattress? Not in the modern system. Instead, it enters into a second market, which runs independently of the market for goods and services with which we are already acquainted. We speak of the financial market. Banks (and non-bank financial institutions) are the gatekeepers of this market. We include a graphic taken from the accompanying course to indicate the structure of this second market.

Savings, then, go into this market, where they are “put to use” to earn income for the bank or other financial entity. The differential between what these latter entities earn and the interest they pay out is their profit.

What happens on this market? There are several submarkets which determine this. The bond market is where corporate and government borrowers go to get ahold of some of these savings. The stock market is where corporate interests go to sell stock in their companies – the money that goes here is not savings in the strict sense, as is money lodged with banks, but it does fall under the same category of earnings set aside to earn a separate income and to be available for future use, so we include it in our discussion.

“For future use” – this already indicates that the so-called paradox of thrift need not be so paradoxical. The writers on the problem of saving often seem to talk as if the money put into saving will never come back. In fact, the whole point of saving is to put earnings aside for “a rainy day,” or for the later purchase of big-ticket items, or for retirement – at any rate, not to eliminate it but to return it to circulation at some future time. And in a developed economy, over time the money put aside as savings will be counterbalanced by money previously set aside as savings and now returning to circulation. In addition, this money may have been supplemented by earnings on the financial market, which means that more money will be returning to circulation than left it. So on the face of it, this shouldn’t be a problem.

But there is a problem, and it is this. In normal situations this flow of funds back and forth between the ordinary and the financial markets is not problematic. But in the contemporary situation, it is.

One reason is because the ordinary market is being hit from various directions, making it unproductive and therefore unattractive. Firstly there are what Jane Jacobs (see this post for more on her) called “transactions of decline,” in which government removes money from productive activities, precisely because they are productive, and redistributes it to non-productive activities, precisely because they are unproductive. This can have a Keynesian motivation, whereby Say’s Law is turned on its head: demand then creates its own supply, and all government has to do is distribute money around to consumers (breaking the link between production and consumption) to generate productivity. According to Keynesians, this should in and of itself bring about prosperity, but as Jacobs points out, it only undermines productive activity and the human capital that underlies that productive activity, and so becomes a self-generating downward spiral.

Other things government engages in that undermine productivity are excessive taxation and regulation. All of this makes the ordinary market an unproductive affair, in which risks exceed rewards. The upshot is that savers put their money, not in ordinary investment, but in the financial market, which essentially is a zero-sum game, but in which at least the prospect of a decent return beckons.

And so more funds flow into the financial market than flow out, creating a dearth of liquidity in the ordinary market, which manifests itself in low interest rates combined with difficulty in borrowing (despite those low interest rates).

The flip side of the dearth of liquidity in the ordinary market is a glut of liquidity in the financial market. As funds pile into the market, returns there diminish and the quest for “alpha” (market-beating returns) becomes a frenzy. This is what happened during the 2000s in the run-up to the credit crisis. With the excess liquidity in the financial market, funds were available for lending that never would have been lent in a normal risk/reward analysis, often under political duress. An example is the subprime lending that took place. Michael Lewis (see this post for more on him) wrote about this in two of his most important books, The Big Short and Boomerang (the latter in particular gives a dramatic picture of the workings of the liquidity glut).

This was exacerbated by the trillions of dollars kept in the financial market by exporting countries like Japan and China (see this post this post for more on this), in their attempts to hold down the values of their domestic currencies. That in itself added substantially to the glut. But the very fact that what these countries were doing– looked at globally – was further undermining productivity by destroying productive capacity in rich countries while misdirecting investment in their own countries, only meant that another nail was being driven in the coffin of the ordinary market. Such “global value chains,” when established and maintained through currency manipulation and other fiscal and monetary policies designed to create unfair advantage for exporters at everyone else’s expense, only make the ordinary market even less attractive, which is another reason for the flight to financial markets, and even to inert investments like gold and other luxury items such as works of art.

A lot of work has to be done to restore ordinary markets to decent functionality. One of these is a return to an emphasis on the national economy as opposed to the lopsided emphasis on global-value-chain globalism such as obtains today. And within the national economy, a return to emphasizing the production side of the economy. Consumption does not magically engender productive activity; in particular, deficit spending to fund consumption is as pernicious a fiscal policy as can be devised. Various forms of capital are needed for that, various forms of infrastructure, from legal to educational (virtue versus entitlement) to religious. All of this is fodder for new discussions, so we’ll leave it at that for now.

This topic and more are dealt with more fully in the accompanying course.