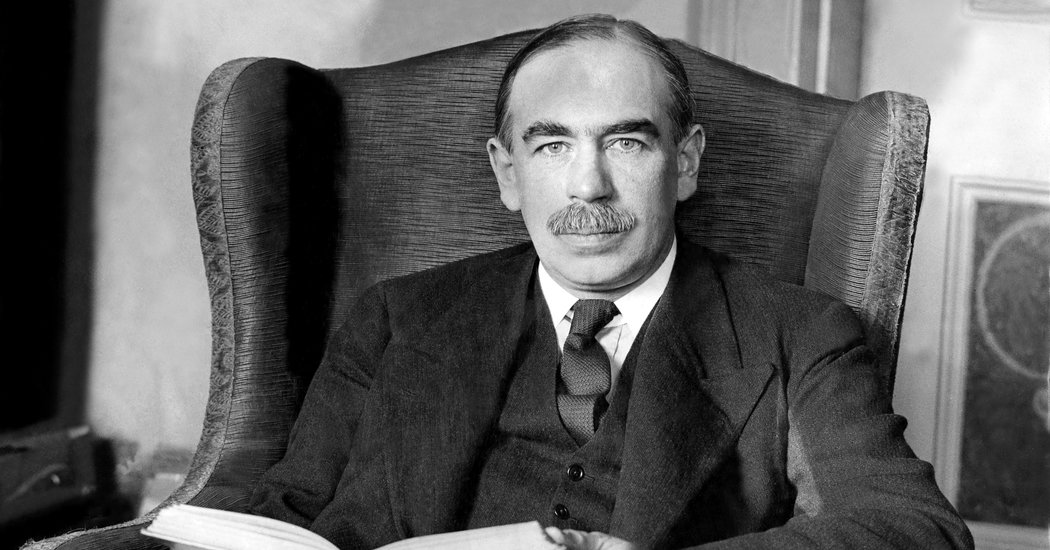 The cornerstone of John Maynard Keynes’ General Theory of Employment, Interest and Money is the rejection of one of the pillars of classical economics, and indeed of virtue itself classically understood. That pillar is saving. In that classical world, saving is a fundamentally important action, crucial to economic survival and growth. From it flows the wherewithal to outlast economic downturns – “saving for a rainy day” – and from it flows capital which is then available for investment, either by the saver or by someone else, to whom the saver either lends or extends, in the form of venture capital. This was orthodoxy, not only for economists, but for everyone living during the age of scarcity, prior to the Industrial Revolution.

Keynes turned this economic orthodoxy on its head, when he popularized the notion of the paradox of thrift. In this understanding, saving actually is harmful to the economy because it withdraws money from circulation that otherwise would go toward consumption. In other words, saving breaks the link between production and consumption which is basic to the circular flow of the economy. Speaking of the individual saver, Keynes wrote, “For although the amount of his own saving is unlikely to have any significant influence on his own income, the reactions of the amount of his consumption on the incomes of others makes it impossible for all individuals simultaneously to save any given sums. Every such attempt to save more by reducing consumption will so affect incomes that the attempt necessarily defeats itself” (General Theory, p. 84).

Keynes wrote during the time of the Great Depression, when economists (and everyone else) were knocking their heads trying to explain the utter collapse of economies around the world. The conviction of many was that classical economics had not predicted the collapse and could not explain it. They came to these conclusions: At bottom, the problem was a collapse in demand; this was caused by, among other things, saving; demand needed to be restored in order for supply, and thus labor, to be restored. So everyone followed Keynes’ advice and turned to government to make up the shortfall through deficit spending.

What was missing in Keynes’ analysis and indeed in the solutions put forward to deal with the Great Depression was an understanding of the drastic change that had taken place in the economy as a whole which had been wrought by the Industrial Revolution. It was a change pointed out, on a different level, by José Ortega y Gasset in his book, The Revolt of the Masses, published in 1930.[1]

Hitherto the economy had run in terms of the circular flow of production and consumption at the level of the household. These two had to be in basic alignment, with the balance tipping in favor of production, or the household would not survive. Mr. Micawber put it succinctly in Charles Dickens’ novel David Copperfield: “Annual income twenty pounds, annual expenditure nineteen and six, result happiness. Annual income twenty pounds, annual expenditure twenty pounds ought and six, result misery.”

But the Industrial Revolution brought in its train the fabulous capacity to produce, far beyond anything previously imaginable. This production in turn generated wealth for the masses beyond anything that had gone before, which Mr. Ortega y Gasset brings into clear relief. But it also upset the balance of production and consumption, of the circular flow, by enabling the divorce of production from consumption: rather than being producers first, people became consumers first, and all generations since then have been characterized, not by what role they play in production, but by the fact that they are all consumers.

This consumption without regard to production has been advancing ever since the late 19th century, and it has done so through the political process and universal suffrage. Whatever else it did, the Great Depression, and indeed the Second World War, generated an exponential increase in the number and volume of programs and entitlements enabling precisely consumption without regard to production.

The Industrial Revolution did not create this divorce, but it did facilitate it, by virtue of the exponential increase in productivity it engendered.

Keynes took advantage of this possibility by 1) blaming saving, thus classical economics, for the divorce, 2) rather than restoring this balance, working on the basis of it, and 3) proposing an alternative: demand-side economics, which is deficit spending so as to facilitate consumption and in this manner generate production.

So the Keynesian Revolution hijacked the Industrial Revolution, in doing so solidifying the divorce. But the idea that demand can create supply is only an illusion made possible by the great productivity enabled by the Industrial Revolution. For that capacity to produce, seemingly as if by magic, does not nullify the fact that individual and household production still precedes consumption and enables it. All the factory systems and automation and whatever else is involved in the modern production process does not change a simple reality: it is still aggregates of networked households that do the production, and consume the results of the production. Supply still creates its own demand.[2]

Which is why we are waiting for a new – doubtless very different – Keynes. The divorce between production and consumption has to be resolved; the two need to be brought in balance again, because the alternative is nothing other than ever-increasing debt. For where does the vaunted Keynesian multiplier-inducing pump priming come from, other than deficit spending, i.e., government indebtedness? Mountains of it. And by the same token, the global-supply-chain-structured world economy[3] has broken the circular flow of national economies and turned the world into regions of production and consumption, whereby the link between the two is consciously severed, for the gain of those occupying the nexuses of the transnational framework, in the process generating massive trade deficits, all of which are “financed” by – that’s right – more indebtedness.

All Keynes did was acknowledge the reality of what was already transpiring but had yet to receive any theoretical justification from economists. Our – doubtless very different – St. Benedict will need to provide an economics that recognizes this reality and instead shows how to redress the imbalance wrought by politics and indeed by changed social mores. That will not be easy, for it will require the complete overhaul of our system of values. But who was St. Benedict, other than someone who enabled the conservation and transmission of civilization itself? Nothing less is needed.

(for more, see also The Problem of Saving)

[1] For this and the following, see the previous article.

[2] This will continue to hold true even in the new age of automation ahead of us, in which robotics will play the leading role – Blade Runner notwithstanding.

[3] Paraphrasing Rousseau, I would say that “Man was born free but everywhere is in global supply chains.”