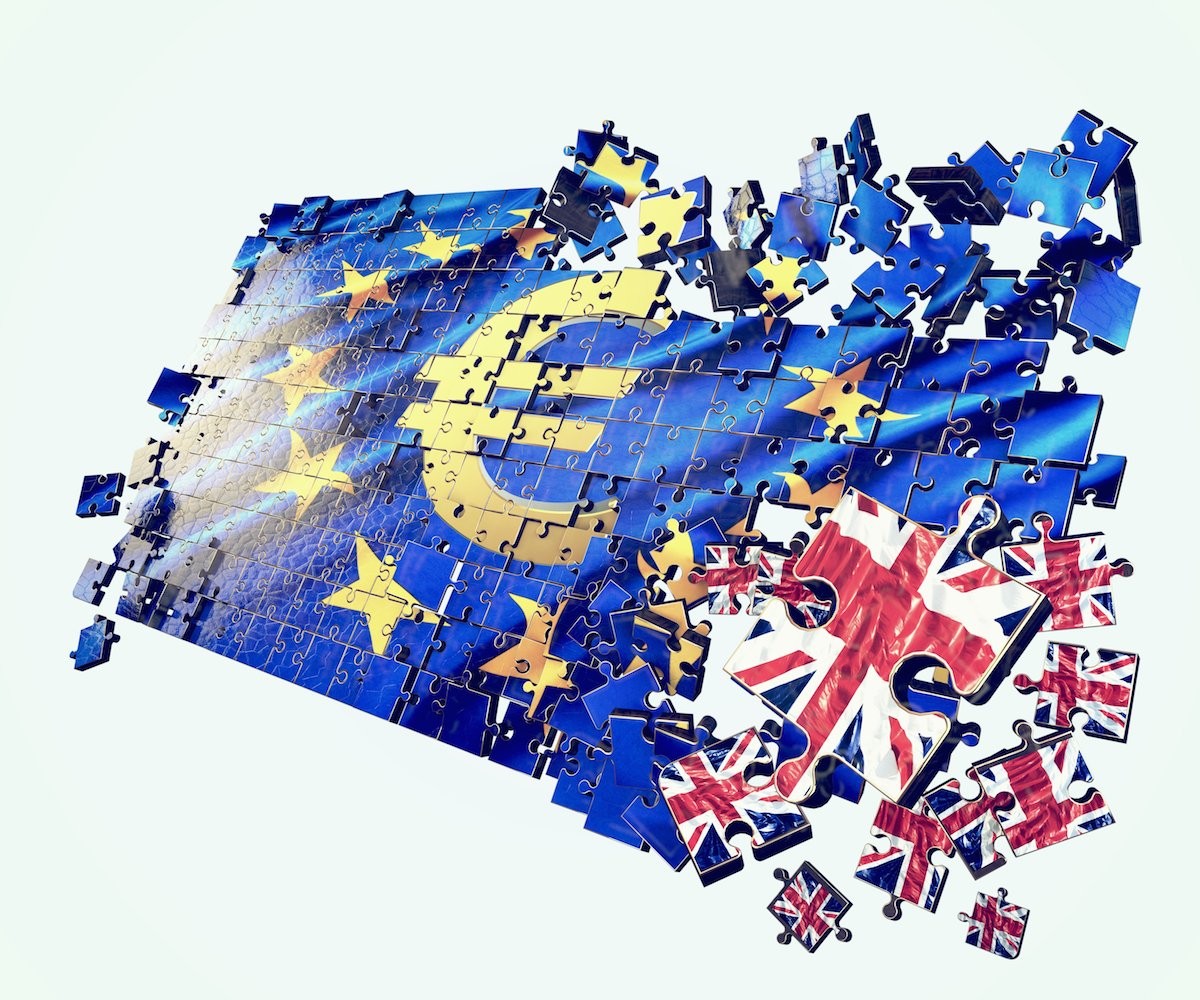 Much has been written on the recent decision by the UK to leave the European Union. Much of it is emotion-driven. But that is no way to assess such an important turn of events. The actual significance is, in significant degree, economic in nature. This calls for an economic analysis, to which we now turn.

The Organisation for Economic Co-operation and Development’s (OECD) Report published in April 2016, entitled The Economic Consequences of Brexit: A Taxing Decision[1], provides a competent summary of the disadvantages that might follow upon a British departure from the EU. We will use it as a reference for interaction.

The initial objections the Report registers are based on circumstantial evidence.

This holds for “Since EU membership in 1973, UK living standards have risen more than in peers” and “A multipolar world implies that the UK is economically stronger as an EU member, and in turn contributes to the EU strength.” (both on p. 9). Despite the graphs, such arguments, are, at best, suggestive rather than demonstrative. The same holds true for the objection that “Uncertainty has already begun to have a negative impact on the economy” (p. 10).

Exchange rates and the balance of trade

The Report then claims that “Uncertainty about Brexit has led to capital outflows and a weaker exchange rate” (p. 12). For a country running a perennial trade deficit, this is anything but objectionable. The graph below shows the development of the UK’s balance of trade since joining the EU (then the European Economic Community) in 1973.

This shows a downward trend, and since the late 1990s, a persistent trade deficit. As such, a decline in the pound’s exchange rate will only help matters, by encouraging exports and discouraging imports.

This leads directly to the next objection, which is a weighty one. “Trade would be hit when the UK formally exits the EU.” If this is the case, it would be dire indeed. Let’s examine the substance.

“The EU remains the main trade partner of the UK and the financial sector benefits from direct access to the Single Market, which has strengthened the comparative advantage of the City” (p. 14). Absolutely true. And by way of elucidation: “Exports to EU countries account for about 12% of UK GDP and about 45% of total UK exports, and for imports the EU is even a more important partner.” This was already implied in the trade deficit data we looked at above.

The graphs below shows the breakdown. The first shows, by percentage, the UK’s export destinations, the second shows the UK’s imports by country of origin (source: The Observatory of Economic Complexity [http://atlas.media.mit.edu]).

The data is from 2014. As can be seen visually, Europe accounts for the lion’s share of both imports and exports.

The Report includes the following graph on page 15, showing the trade and current account situation between the UK and the EU:

Now then, all of this indicates mutual dependence. Even more than that, though, it indicates that the EU is more dependent upon the UK as a source of income than the other way around, given the fact that the UK runs a trade deficit with the EU. The EU has every reason to maintain existing trade relations with the UK. It would be to the EU’s disadvantage not to do so.

The Report goes on to claim that “Negotiating a new trade agreement with the EU is likely to be complex” (p. 16). The various possibilities are laid out in a table, which we reproduce here:

The claim is that negotiations will be complex and that the UK will be on the outside looking in, with the very real possibility of being relegated to “Most Favored Nation” status, in which trade with the EU will be “subject to the EU’s common external tariff.”

For one thing, negotiations need not be complex at all. The website Lawyers for Britain has put together comprehensive, detailed research papers on this issue, of which we gratefully make use. On Brexit and International Trade Treaties, it summarizes the issue both for the UK and for trading partners generally, with the following points (emphasis added to highlight key issues):

All of this indicates that it will require no herculean effort for the UK to reestablish itself as an independent trading partner, neither vis-à-vis the EU, nor the world at large. After all, the other countries of the world are not members of the EU, and they are surviving. And it bears repeating that for the EU to impose a tariff on UK imports would make no sense at all, because the same kind of tariff would be imposed reciprocally on exports to the UK: all $420 billion of them (from all of Europe, 2014).

All in all, it would be in the EU’s best interest to simply maintain existing trade relations, as they are eminently in its interest.

Further near-term effects discussed in the Report, such as a putative “reduction in UK trade openness,” “imposition of tighter controls on inward migration,” leading to “a large negative shock to the UK economy, which would spillover to other European countries” (all p. 21), are either mere surmises or could serve to argue the exact opposite.

The argument that a decline in the exchange rate would have deleterious effects on the UK economy is an example of an argument that could just as well be used to argue the opposite. As discussed above, a decline in the exchange rate would bolster UK exports and inhibit imports, which would benefit the UK and disadvantage the EU. In other words, the neo-mercantilist export policy of the EU countries like German and the Netherlands would be brought more in line with equity.

The Report goes on to discuss possible long-term effects.

The first one discussed is the trade situation. “The UK is the most attractive destination for FDI in the EU, partly owing to access to the EU internal market” (p. 24). Foreign direct investment would be restricted by withdrawal from this internal market. But again, as noted above, access to the single market is unlikely to be restricted, as the EU derives more advantage from it than the UK. Furthermore, the major inhibitor to direct investment is currency risk. But it’s not like the UK is withdrawing from the euro; it is only rearranging its relation with the EU, with the relation between the pound and the euro (a free float) not changing at all.

Secondly, “Immigrants, particularly from EU countries, have boosted GDP growth significantly in the UK” (p. 26). Apparently, immigrants are more productive than native-born Britons. This is obviously a contentious statement; whether it proves anything is another question. Then there is this contention: “Immigrants from the EU make a positive contribution to the public finances, despite relying on the UK welfare system, which is also the case of UK migrants elsewhere in the EU” (p. 27). This is another statement difficult to rhyme with realities. Even if immigrants are all net contributors in terms of social welfare revenues and payouts, the jobs they take, leave other labor market participants without jobs and thus, at least in part, adds to the social welfare rolls (unemployment and other forms of social assistance). In addition, “immigrants from new EU countries have comparatively lower wages…” (p. 27), which means they depress wages, which may be beneficial to employers, but not to employees, and additionally reduce consumption.

The claim is made that reduced immigration would lead to reduced skills, and “A loss of skills would reduce technical progress.” That may be true in the short term, but where there is demand for skills, there will be training and education to enable workers to acquire those skills, and there is no inherent reason why native-born Britons could not be trained up. It is in fact a curious prejudice and form of reverse discrimination to believe otherwise.

As a result of these putative disadvantages, the claim is made for a “central scenario” in which “UK GDP is more than 5% below the baseline by 2030.” Just the opposite is at least as likely.

Objections in favor of withdrawal can also be made, of course, but the Report neglects to mention those. One is the fact that the UK is the second-largest net contributor to the EU’s budget, after Germany. Another is that the UK bears a major part of the costs of the EU’s common defense. Yet another is the costs of an inherently cumbersome and inefficient, far-off, relatively unaccountable bureaucracy regulating so much of the economic life of the nation.

But the biggest problem with the EU is tangential to this particular debate. It has to do with the single currency, the euro, in which the UK, of course, is not a participant. The euro forms a massive net drag on the world economy, and the debt overhang to which it has contributed, by having encouraged irresponsible, indeed unconscionable, North-South lending, is an toxic inheritance that not only stifles current economic growth, but also forms a burden that future generations will be hard-pressed to alleviate.

That, however, is stuff for another discussion. For now, it is enough to re-emphasize that, in line with the position outlined here (with an assist here), it is nations, not empires, that create wealth. And that should be kept uppermost in everyone’s mind.