The lesson of GameStop brought home 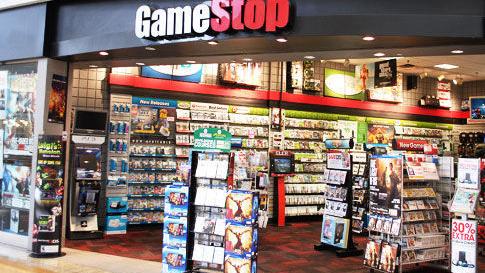 The GameStop affair is instructive because it reveals how financial markets work. It reveals something of what these markets are, and what they are not.

What they are not: instruments of accurate valuation.

Take the stock market. Supposedly, the stock market provides us accurate valuations of businesses: what they are worth as a function of their economic contribution to the real economy. In actuality, stock market valuations have only the most tenuous relation to individual company performance. Far more important to those valuations is the amount of total liquidity on the market. A rising tide lifts all boats. At this time there is a massive amount of liquidity circulating on the stock (and other financial) markets, not least because of the Federal Reserve and other central banks, which with their bond purchases have pumped trillions of adventitious funds into the financial market. Price/earnings ratios bear little relation to valuations because the general abundance of liquidity – too much money chasing too few goods – swamps individual choices regarding relative performance. Everything goes up and down in terms of the overall amount of liquidity, not so much individual performance. Additionally, the only direct connection between a company’s individual performance and stock ownership is the dividend payout, and many companies eschew such payments, most investors being far more interested in capital gains than what they consider to be piddling dividend payouts. This only exacerbates the disconnect.

Historically, the stock market along with the real estate market are two major locations where financial bubbles form. In “boom” times they inflate, attracting inordinate amounts of funds seeking a return, only to burst when the unforeseeable threshold is passed and everyone starts to pull their money out at the same time. The stampede leaves many trampled underfoot.

So what is their function? That is a difficult question. Bond markets exist for companies, governments, and other entities to borrow money. Stock markets exist for private owners of companies to cash out in an initial public offering (IPO). The now-public company continues with a managerial existence, whereby in theory shareholders call the tune. That is the theory; the actual practice I will leave to one side, as well as the question of the broader economic function these markets play. The fact of the matter is, they exist and we have to take things as they are.

The financial market makes possible such things as short selling. Short selling is done when people decide the valuation of a particular company or other financial entity (e.g., a bond, a currency) is too high and is set to go down. At that point, they conduct a strategy by which to profit from that downturn. In the case of shares, they borrow a block from someone else who owns them, with the promise of returning those shares after a set period of time, together with an interest payment. They then turn around and sell the shares at the current price. After the shares drop, they buy them back at the lower price, and return them to the original owner. The differential between the sale price and the purchase price is their gain (or loss, if the share gains in price rather than loses).

The question then becomes, is that downturn something that comes about apart from this action, or is it something precipitated by this action? Because when shares are sold, the sale has a signaling effect on the market. Every sale signals a drop in price, just as every purchase signals a rise in price. If sales or purchases occur at sufficient volumes, these signals become very loud. If a large investment fund suddenly “dumps” its shareholdings in this or that company, it is interpreted as a vote of no-confidence in that company, and others will follow suit. The share price drops accordingly, sometimes precipitously.

Now then, suppose the same thing happens with short-selling a company. If enough shares are sold at one time – which is precisely what happens in short selling – this can have the quality of a self-fulfilling prophecy. The market receives a strong sell signal, and shareholders in that particular company all begin selling off their particular holdings. As a result, the share price drops like a rock, the original short sellers buy the shares back at this lower price, and pocket the difference.

This is what George Soros did to the British pound in 1992. He engaged in a massive dump, “amassing a short position of more than $10 billion worth of Pound Sterling,” which prompted the British Treasury to spend massive amounts trying to keep the pound from falling. Soros’s “timely and brave (!) bet against the Bank of England in 1992” cost the Bank of England £3.3 billion while netting Soros some $1 billion. The taxpayers’ loss is the hedge fund billionaire’s gain.

Timely and brave or not, it was a self-fulfilling prophecy, made possible by the British government’s stated goal to maintain the pound’s valuation at a certain level. This gave speculators like Soros a target to shoot at, and they did not miss.

With GameStop, the story is different, as there was no targeted valuation. In fact, the hunter this time became the hunted. Hedge funds targeted GameStop as a vulnerable prey, “overvalued” in their view and thus primed for a short-sell attack. (Which begs the question: Who decides what is overvalued? Isn’t that just another self-fulfilling prophecy?) But after having staked out these positions, investors on Reddit took notice, decided to pool together, and mounted a counterattack. In this case, instead of taking the market signal as a signal to sell, they took it as a signal to buy. This meant, of course, that hedge funds would end up having to buy back the shares they sold at much higher rather than much lower prices. At one point, the losses they were facing were calculated at $70 billion.

What is the lesson to learn? Simply this, these market signals work both ways. If the market appears to be signaling a selloff, it could simply mean that a market player or players are setting up another self-fulfilling prophecy, hoping to profit with a short-sell structure. But market players are free actors and can just as well buy as sell in such a situation. Short-circuiting their ability to act in the manner they see fit, as when platforms began disallowing purchases of GameStop, is to rig the game in certain players’ favor against others. Self-fulfilling prophecies are okay, but acting counter to them is not okay. Really? That isn’t wrong? Of course it is. If the market is allowed to exist, it also must be allowed to function on the same terms for everyone. If short-selling is allowed, counterbuying should also be allowed.

And that is what is causing so much commotion now. Time and again, people are witness to the insidious phenomenon of certain favored, privileged, connected groups receiving special treatment while others are treated differently, either less leniently, or overlooked when it’s time for a bailout, or deprived of justice altogether. One of the things that makes America or any country great is the equal application of the laws without respect to persons. The differential application of laws or rules in order to benefit or privilege certain groups is something everyone ought to acknowledge as being wrong. Otherwise, there is no rule of law. There is, as Aristotle called it, the rule of men rather than laws. Shamefully, it is yet another sign of the decline of a once-great country.