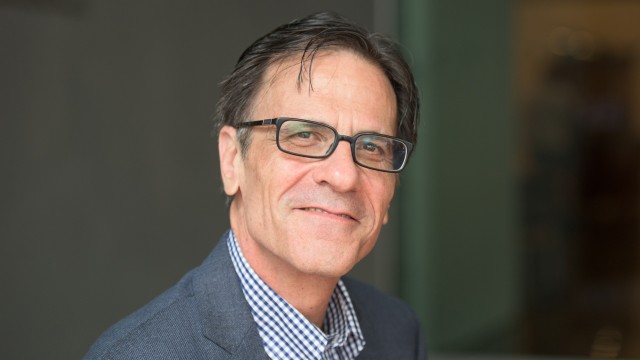 Michael Pettis is one contemporary economist whose blog is worth reading. His books The Volatility Machine and The Great Rebalancing are required reading for those who would understand the workings of international trade relations, currency movements, and financial markets. His comments regarding the recent “Brexit” vote by the UK’s electorate are worth delving into.

“Last Friday’s Brexit turned out to be a far greater shock than most of us had expected,” he writes in his latest newsletter.[1]”I say this fully admitting that I was caught as flat-footed by the vote as anyone else, but not only was I wrong, my own work suggested that this was never as unlikely an outcome as I and most people thought.”

Indeed, anyone familiar with Pettis’s arguments regarding the serious problems facing the European Union should have been expecting such a result, and Pettis points out that followers of his work did just that.

I am glad to say that since the vote an American mutual fund and an Australian hedge fund have told me separately that although they did not expect the outcome, they did not think it was highly unlikely either, and had positioned themselves relatively well. They were both kind enough to tell me that they had done so largely because I had convinced them that the institutional rigidities in the euro zone would continue to undermine the economies of Europe and would cause nationalist and anti-immigrant parties to do extremely well. This would go on until either the European project broke down or the centrist parties radically changed their views.

Pettis goes on to point out that his economic analysis contradicted his own political analysis: “if I had had more confidence in the framework I use and less confidence in my ability to second guess public opinion, I would probably have expected that sooner or later there would be major ‘unexpected’ popular challenge to the European project.”

This happened to him once before, when he was intimately involved in financial constructions in Mexico, and is one reason he no longer seeks close relationships with government officials. In Mexico at the time, he got to know officials responsible for monetary policy intimately well. These officials assured him that Mexico would never devalue the peso, and Pettis, “deeply involved in trading and in arranging and structuring transactions in Latin American fixed income markets especially those of Mexico,” took their word for it. In the event, when Mexico did devalue, these officials were as shocked as he and everyone else. “My blunder was in not seeing the devaluation coming until October, when in retrospect it should have been obvious at least six months earlier.”

The same kind of considerations come into play now with regard to the European Union. In this sense, that economic analysis should not be clouded by official statements or even political wishful thinking. The European Union faces serious structural economic difficulties, and these should not be obscured by hopes regarding the desirability of the project.

To describe the situation Pettis uses the term “credibility Laffer curve.” In order to bolster credibility and assure markets that a country will maintain its exchange rate (e.g., Mexico in 1994) or, in the case of the euro today, that a country (e.g., one of the PIIGS) will stay in the euro, then that country will increase its debt as denominated in the pegged or fixed currency. This will show the world that it intends to stay in that arrangement, come what may. But Pettis argues for a “credibility Laffer curve,” as illustrated in the following graph:

Here, as “monetary severity” increases, credibility increases, but only to a point. After that, credibility begins decreasing again. The increased commitment evidenced in taking on more of this debt will encourage investors to put, or keep, their money in, e.g., Spanish debt; but at some point the amount of debt will reach a point where investors will lose confidence in the credibility of that commitment. And so money will begin ebbing away from that debt market, making the commitment ever less tenable (go here for more on this).

In the current situation, Pettis applies his insight as follows. “I think the ECB is itself now creating a kind of ‘credibility Laffer curve’ similar to that of Mexico, and I suspect I will find several occasions to discuss this concept in the future, but the key point in this particular case is that the great distortions imposed by the euro project, and the wider institutional distortions that have led to high levels of income inequality around the world, have not changed. That is why I should have assumed that any chance for a sharp gapping in public awareness, like the Brexit referendum, might surprise us.”

What is the choice for Europe, in the face of these seismic events in public opinion? “Europe must choose either a major reflation of demand in Germany that redresses the deep imbalances within Europe and reduces the growth of debt in peripheral Europe, although at the expense of more German debt and lower German ‘competitiveness’, or it will be forced to suffer high unemployment and an inexorably rising debt burden in peripheral Europe that will only end after many more years of suffering or with a break-up of the euro. So far it continues with the latter.”

The conclusion? “For this reason we should not be surprised by the continued migration of votes to the nationalist, anti-Europe, anti-immigrant camp. I have been writing about this process for five years and I should not have been shocked to see it happen in England.”

Indeed. Given the astounding reticence to put forward effective policy initiatives (quantitative easing? are you kidding?), these problems will continue to simmer, with responsibility for action continually put off by the current crop of politicians and policymakers, leaving it to the next set of politicians and policymakers to solve, and so on and so on. No amount of emotive appeals to European unity and the European “ideal” will make up for that fecklessness.