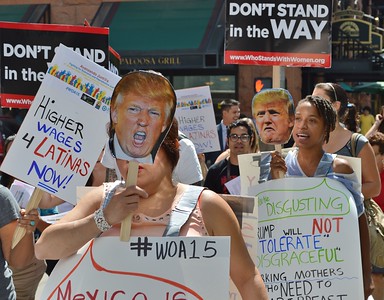 There is something different, something new and unprecedented, about the generations of the 20th and 21st centuries as compared with all  those that went before them. This was already noted in 1930 by the great Spanish journalist and philosopher José Ortega y Gasset, when he unveiled[1] the phenomenon of el hombre-masa, the mass-man, otherwise known as señorito satisfecho (the self-satisfied little man). This curious figure (he couldn’t be me – could he?) was spawned and nourished in his millions by the Industrial Revolution, with its exponential increase in material production. He enjoyed a standard of living previously unknown to the wealthiest royalty, yet he was completely oblivious to the basis of that productivity. He was the product of universal education and literacy, yet entirely cut off from the spiritual and cultural roots of his own civilization. He was the “vertical barbarian,” unable to appreciate the centuries of labor required to pass from barbarism to civilization, the civilization to which he was heir, which he, as a result, would have a difficult time sustaining.

All of this strikes a deep chord: Ortega y Gasset was certainly on to something. But usually that something is misunderstood. Usually when people read his book they think of the “common man” as opposed to the educated man. Why, those of us with college degrees, we’re special and we understand what it is that separates us from “this crowd which does not know the law” (John 7: 49).

Actually, that’s not at all correct, at least by Ortega y Gasset’s own measure. For he specifically says that it is not a specific social class – the working class – that he has in mind when he talks of el hombre-masa. Certainly, in quantitative terms that is the most numerous and hence the most obvious candidate for “mass-man.” But that is the quantitative meaning. There is also the qualitative, “pejorative” meaning: “a kind of man to be found to-day in all social classes, who consequently represents our age, in which he is the predominant, ruling power.” Lo and behold, it is the man of science who is the “prototype” mass-man: “because science itself – the root of our civilisation – automatically converts him into mass-man, makes of him a primitive, a modern barbarian.” Ortega is referring here to the “barbarism of ‘specialisation’” which only knows its own little area of expertise and is ignorant of the rest.

A powerful thesis, this, which goes a long way to explain the degeneration of the university into the multiversity. And indeed, the dictionary definition of “multiversity” unwittingly bears witness to the phenomenon. Merriam-Webster defines multiversity as “a very large university with many component schools, colleges, or divisions and widely diverse functions.” Nothing about the fact that the “uni” is gone and only the “multi” is left. No unifying factor, just diversity, great diversity, specialization upon specialization with quantity alone left to qualify the association. Nominalism with a vengeance.

What, then, is the cement that holds this together? This is where I think I can add something to Ortega y Gasset’s masterly exposition. I would do so by pointing out the seemingly innocuous phenomenon of the consumer. Innocuous only until you start thinking about it. For then you come to the realization that only the generations beginning in the 20th century are made up of consumers. No generations prior to these have been. They are the first.

Of course, there have been many in previous centuries who have lived in a similar situation. In societies with slaves or servants, there are always the wealthy who own or employ these menials, who in turn free them up from having to work themselves. They consume without producing. It goes without saying that the menials were not consumers, but producers: their consumption was paid for, and then some, by their production.

Likewise, those who worked for themselves first produced, and only then consumed. Consumption was tied to production and proceeded from it. There was no divorce of production from consumption.

And this was true from an early age. One had early on to work for a living, first in a simpler way, later on in a full-fledged occupation. Child labor was a given. No one ate without working, unless there was good reason. The Apostle Paul’s rule was universal: “if anyone is not willing to work, then he is not to eat, either” (2 Thessalonians 3: 10).

Everyone understood this: there is no consumption without production. And so people were not consumers, but producers who also consumed, whose consumption derived from their production: Say’s Law in practice. Consumption did not define the man, production did.

But all of this changed with the Industrial Revolution and the subsequent rise of the welfare state. The fabulous productivity of the machine age enabled a redistribution of the fruits of its production without a necessary connection to the production thereof.

Each generation since then has seen this gap between production and consumption widen. The Great Depression, while it saw widespread poverty and misery, also saw the exponential growth of the capacity to provide for those unable to provide for themselves. The miseries of the Second World War were followed by a postwar boom and flowering of a redistributionist system of wealth the likes of which the world had never seen. Every generation since then – in the West, the center of this transformation – has grown up with the proverbial silver spoon in its mouth.

Which is why what previously would never have entered into anyone’s head, is today a matter of course – to demand as a right the consumption goods which this form of civilization has made possible.

This is true not only of the citizens of the countries in which this productivity takes place, but also of the citizens of countries which do not experience, and never have experienced, such a level of productivity. They have tasted enough of the world of consumer goods to demand it for themselves, and if they cannot obtain it in their own countries, they will go where those goods are available, and do whatever it takes to get there and stay there.

Sklair was writing in the 1990s, when the Internet was in its infancy and smartphones were not even in anyone’s dreams. Since then, the global reach of, and inundation in, consumerism has advanced exponentially.

All of this dovetails nicely with our reigning political and judicial ideology, centered in the notion of human rights and embodied in the mechanism which conflates subjective right and sovereignty, issuing forth in the sovereign individual. For according to this mechanism, everyone is entitled, not to what he or she produces, but simply to what is available, in accordance with the principle of equality and equal distribution. There should be no boundaries to the spread of wealth because the connection between production and consumption has been severed. I have pointed out elsewhere that the divorce of production and consumption is behind the massive trade imbalances our world is running, and the massive debt load these imbalances are generating. But beyond this lies the ideology of human rights, which is essentially an ideology of structural imbalance: everyone is entitled to consumption, regardless of what they produce.

Can the balance be restored? Not until the underlying philosophy, politics, culture, is transformed. Unless and until we restore the link between production and consumption – at every level. Until then, the conflicts and miseries we are now experiencing, especially in terms of migration, will only get worse. For the mechanism is inexorable.

Consumers of the world, forget the barricades. First, get on the wagon and restore, in your own lives, this most precarious balance. Governments won’t solve this, people will; only then can the people hold governments accountable. For people need to hold themselves accountable first.

One thought on “Consumers of the World, Unite! A Dissection of Contemporary Mass-Man”