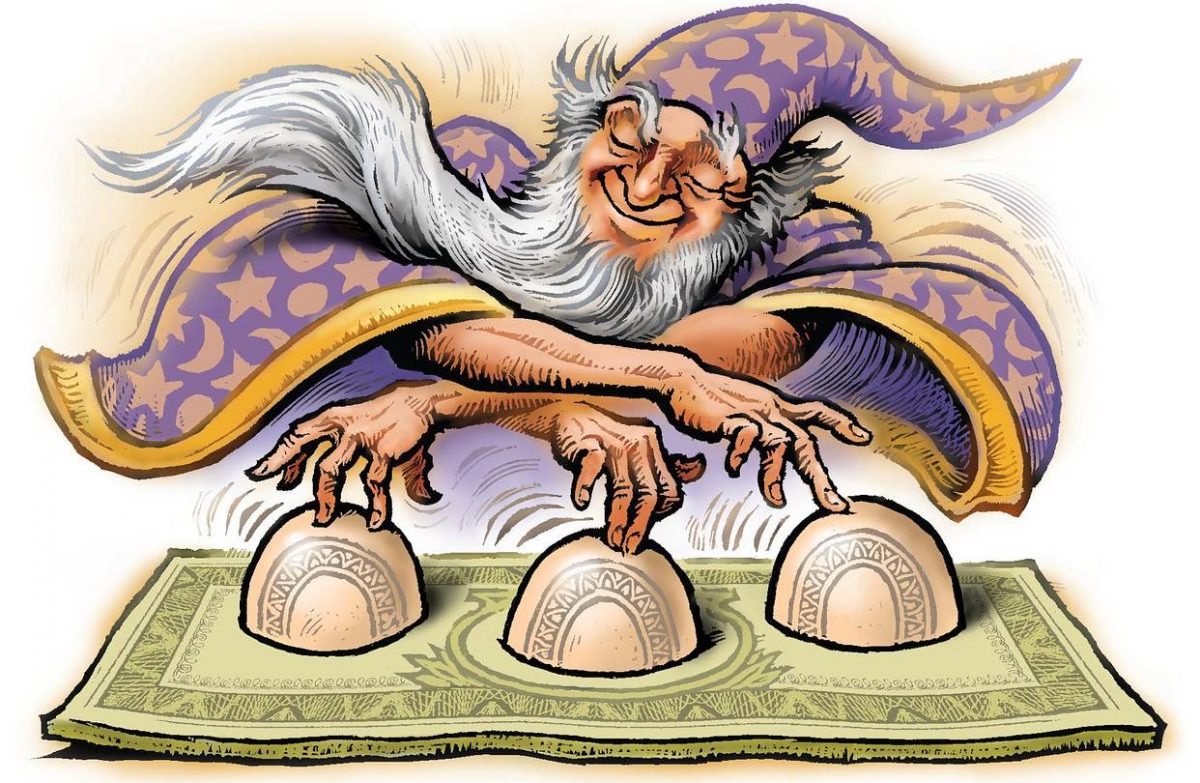 The trickle of articles discussing the proposed Border Adjustment Tax (BAT) has turned into a veritable flood. Not surprisingly, the lion’s share of these articles oppose the idea of border adjustment. It would be tedious to run through them all; suffice it to say that the primary argument is that such a tax would raise the price of consumer goods.

That of course is true. But that would not be such a bad thing. For, what is the point of cheap consumer goods if the purchasing power required to buy those goods has been shipped overseas, in the form of productive labor, otherwise known as jobs?

What should happen in such an arrangement is that the low-wage, producer countries should be seeing a steady accretion in purchasing power, reflected both in higher wages and appreciating exchange rates, which would serve to bring trade relations into balance by allowing them to consume more and so import more. The rich consuming countries would constitute the flip side of this: they would produce more and so export more.

That would be a healthy arrangement for international trade. But the current system does not allow for that. It keeps low-wage producer countries at the low-wage end, and obstructs their consumption; conversely it keeps rich consumer countries consuming at the same levels, whether through asset-bubble-financed consumption (which led to the housing crisis of 2007-2008) or simply by lavish wealth redistribution schemes, which in effect redistribute wealth from the future to the present, because they are financed in increasing degree by deficit spending, otherwise known as debt.

So the gap between production and consumption is being bridged by indebtedness. Which is one of the reasons why the world has generated such a massive debt overhang. And no matter how much one hears politicians crow about “the crisis being over” and “the future looks bright,” the debt overhang only gets more overhangy: In 2016 global debt continued its unsustainably onward and upward course.

We owe it to ourselves? Let’s not kid ourselves. Borrowing is not a shuffling of money from one drawer to another, or, as the Dutch say, “broekzak-vestzak” (pants pocket-shirt pocket). No, borrowing is receiving money in exchange for a promise to pay at some future date. In other words, it is not that we owe it to ourselves; rather, we owe it to the future – to future generations, who are on the hook for what we, collectively, borrow in the present.

The idea behind all sound borrowing is that it goes toward investment, not consumption. (Borrowing for consumption can only be permitted if sufficient reliable future income stands over against it – hence, a form of cash flow management.) Borrowing should be done in order to finance future, reliable, income – a return on investment.

Our present global trading system fosters irresponsible borrowing – borrowing for consumption without heed to the capacity to repay. In fact, it is built upon such borrowing. Which explains its unsustainability. Global indebtedness continues to burgeon, as we just pointed out. And fueling this indebtedness is the production/consumption divorce, which is reflected in trade imbalances. These imbalances are simply measures of indebtedness, for all trade deficits are “financed.” Which is another way of saying, paid for by debt rather than by a reciprocal performance.

We have gone over this many times in previous posts. The funny thing is, you won’t hear a word about it in the discussions regarding the BAT. At least, not on the part of its opponents. For them, all that matters is that it raises prices on consumer goods.

As far as popular treatments go, one of the most adept criticisms of BAT was published on April 16 in the Wall Street Journal: “The Border-Adjustment Sleight of Hand,” by Veronique de Rugy and Daniel J. Mitchell.

For starters, de Rugy and Mitchell go after one of the main arguments pushed by the pro-BAT forces, that the tax will cause the dollar’s exchange rate to rise, and so neutralize the effect on imports. Hence, any rise in prices of consumer goods will be wiped out by the rise in the dollar’s exchange rate, which has the effect of lowering prices of imported goods. De Rugy and Mitchell throw cold water on this notion. The data, they say, argue against any such compensating effect taking place, especially in the short term.

I thank the authors for making this argument. Because if the BAT has no effect on trade relations, then – to paraphrase Flannery O’Connor – “to h/*& with it.” What is needed is precisely an arrangement that will do something about trade imbalances, and if the BAT won’t, then let’s get something that will.

But de Rugy and Mitchell go on to argue that the BAT will not do anything to affect trade relations anyway. They do so by pointing to the effect Value-Added Tax (VAT), another kind of border-adjusted tax, has had on trade. In their view, VAT has done nothing to skew trade relations one way or the other.

Here’s the nub of their argument:

The claim is that VATs give foreign companies an advantage. Say a German company exports a product to the U.S. It doesn’t pay the American corporate income tax, and it receives a rebate on its German VAT payments. But an American company exporting to Germany has to pay both—it’s subject to the U.S. corporate income tax and then pays the German VAT on the product when it is sold.

Sounds horribly unfair, right? Don’t be fooled. Like magicians, those making this argument are distracting the unwary, hoping that nobody will notice the trick.

Here’s the real story: What matters from a competitive perspective is whether the playing field is level—and it is. When the German company sells to customers in the U.S., it is subject to the German corporate income tax. The competing American firm selling domestically pays the U.S. corporate income tax. Neither is hit with a VAT. In other words, a level playing field.

What if an American company sells to a customer in Germany? The U.S. government imposes the corporate income tax and the German government imposes a VAT. But guess what? The German competitor selling domestically is hit by the German corporate income tax and the German VAT. That’s another level playing field. This explains why economists, on the right and left, repeatedly have debunked the idea that countries use VATs to boost their exports.

While this argument sounds convincing, it overlooks some essential information. In fact, it focuses on one effect only and totally overlooks another. So it’s not sleight of hand that’s the problem, it’s short-sightedness. Granted, in this example there is a level playing field in America, and an equally level playing field in Germany. But that’s the problem – there are two playing fields. On the American playing field, you have no VAT, but on the German one, you do. The question is not so much whether individual German products are advantaged or disadvantaged vis-à-vis their American counterparts, but whether Germany is shifting its entire playing field to the advantage of producers – both German and American – and disadvantage of consumers – both German and American. And that is what’s happening. Germany, and other countries that employ VAT, have made it more difficult to consume in their countries. Therefore, they end up overproducing, and shipping their excess production to foreign countries, mainly the United States. It is this that leads to the trade imbalances we have been harping on and will continue to harp on.

Here is an overview of US trade imbalances with key trading partners in 2014, taken from the Wikipedia article, “List of the largest trading partners of the United States.” Firstly, notice that the overall US trade balance is in deficit by a $734 billion. That’s an additional $734 billion in debt, rung up in just one year. Add that to the federal deficit and you really do have a twin-deficits problem.

But notice also that all the major bilateral trade deficits are with countries that have a VAT.

Is that coincidence? We think not. Of course, VAT is not the only factor involved in trade deficits. There is also the infamous currency manipulation, as well as factors such as forced savings. I have gone over these in previous posts, and the reader would do well to apprise him- or herself of them.

The fact of the matter is, the BAT – or something like it – is direly needed to offset these ongoing trade deficits. Of course, there will be a price to pay, in the form of higher prices for consumer goods. That is why representatives of industries ranging from retail sales to the Koch Brothers to “big oil” oppose it. But higher prices for consumer goods will of  necessity reduce consumption vis-à-vis production and help bring that relationship more in line with trading partners, thus helping rebalance trade. Granted, it would be better if those other countries would eliminate their border-adjusted tax regimes, but that is not in the offing. Something has to be done, and this is better than nothing.