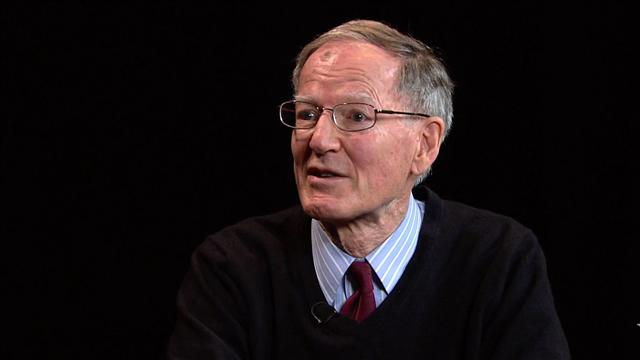 The wait continues regarding the tax reform proposal to come out of the White House and be taken up by Congress. Despite the headlines dominated by more peripheral matters, tax reform is shaping up to be one of the cruxes to the success of the new administration. It is not simply a matter of reducing tax rates, or eliminating loopholes, or otherwise rendering the tax code more transparent and equitable, as important as those things might be. It turns out that tax reform is also crucial to combat the out-of-kilter trade arrangements that not only are strangling the US economy but also are perpetuating inequitable and exploitative terms of trade, at both ends of the trade relation, for both developed and developing countries.

How is tax reform relevant to this question? By virtue of one of the key proposals now being discussed: the border adjustment tax. We discussed this, and its importance in terms of trade relations, in a previous post.  As of this writing, the prospect of its being incorporated into the tax reform proposal taken up by Congress is up in the air. One report even speaks of it being on “life support.” If it, or something like it, does not come along, something else, most likely more draconian, will probably take its place. Something more like traditional protectionism.

But there are other proposals being floated likewise intended to counteract the cockeyed trade regime with which the world is now saddled. Conservative icon George Gilder has one for us that merits consideration. Gilder’s focus of late has been money, as evidenced by his 2016 book The Scandal of Money: Why Wall Street Recovers but the Economy Never Does. The burden of the argument is that floating exchange rates are the bane of the modern economy; our economic issues can only be rectified by a return to the gold standard. Floating exchange rates, in this version, are the product of government-controlled money, and as the Friedrich Hayek-authored epigraph has it, “The source and root of all monetary evil [is] the government monopoly on the issue and control of money.”

In his book, one of the claims Gilder makes is that the accusation against China as being a currency manipulator, is specious. Quoting John Mauldin, Gilder asserts that “Trump and all those who prattle on about Chinese currency manipulation have the economic comprehension of a parakeet” (p. 40). But Gilder, at least on this score, has had a change of heart. Writing in The Federalist, Gilder confesses “I was wrong.” Trump’s economic comprehension, apparently, does exceed that of a parakeet. In fact, he is on to something – though he does not quite know what. “World trade is no longer expanding for a reason, and Trump has put his finger on it. That reason is a combination of crazy quilt trade pacts, disguising wild and wooly monetary manipulation.”

So Gilder puts his finger on what Trump already put his finger, refining what he implies is a wooly argument. It is not the “crazy quilt trade pacts” that are the problem, so much as the “wild and wooly monetary manipulation” that they ostensibly conceal. Gilder’s vision is of a world in which speculators in the currency trade generate deranged exchange rates, wild swings that make a mockery of economic fundamentals. “Currency trading is a speculative orgy that fails to correspond at all with relative productivities of workers, or comparative advantages between countries, or purchasing power parities between different markets.”

For example, US workers have lost their jobs – because the Japanese yen went from 80 to the dollar to 300 to the dollar and back, and because the euro has fluctuated 20% vis-a-vis the dollar: “A worker who lost a job because of the global economy might as well have been hit by lightning. No rhyme or reason explained it. What we call a crisis of trade is really a scandal of money.” NAFTA was a big mistake, not because of the specifics of the deal, but because it led to Mexican peso devaluation: “No entrepreneurial creativity or worker efficiency or technological virtuosity could dent the overwhelming impact of the drastic relentless change in the unit of account. It emitted—as Ross Perot put it—a ‘giant sucking sound’ symbolizing a major reorganization of North American manufacturing. Yet the entire costly and tempestuous change was mostly an effect of monetary speculation.”

Hence, the global trade imbalances which have precipitated the mass transfer of production and capacity and thus jobs have been caused by floating exchange rates. The solution, as one might surmise from such a diagnosis, is to eliminate them. “So long as central banks possess the power to change currency values virtually at will, free trade cannot be either fair or efficient.”

Let us take note at this point, that we have added a person of interest to the list of currency malefactors. To the currency traders, the “10 international banks that do 77 percent of the exchanges,” Gilder has added central bankers. But this does not yet exhaust Gilder’s list. Where are the politicians? Here they are: “With money controlled by politicians in the guise of central bankers, it cannot serve as an objective measuring stick of commerce.” So central bankers are really politicians – essentially giving us three categories of malefactors. Which is why Gilder endorses Hayek’s assertion that it is government-run money that we are dealing with.

Gilder’s solution: “We Need A New Bretton Woods Agreement. ” Let’s take a look at that. Bretton Woods was the post-World War II monetary arrangement whereby the dollar, tethered to gold, served as the reserve currency for the countries of the world’s various domestic currencies. We will be exploring the concept of a reserve currency more fully in a future blog post (for now, these posts will suffice). The idea of a reserve currency is to function as “real” money in the banking system, so that monetary issue is limited to some multiple of reserve currency holdings. In other words, in the Bretton Woods framework, domestic currency issues were restricted by the amount of dollars held by the banking system, mainly the central bank. The amount of dollars, in turn, was restricted by the requirement of gold redeemability, with the price of gold fixed at $35 per ounce.

For all the respect I have for Mr. Gilder’s work – and it is a lot: his Wealth and Poverty made a permanent impression on my thinking, back when I was a wet-behind-the-ears Peace Corps volunteer – I think he claims too much here. The problem is that he posits precisely what he needs to demonstrate: that a commodity money standard, such as the gold standard, brings with it price stability. Certainly, tying domestic currencies to gold would eliminate their fluctuations vis-à-vis one another, but that is not the same thing as saying that prices would cease fluctuating. Quite the contrary.

During its heyday in the 19th century, the gold standard operated in terms of the so-called “automatic mechanism,” with gold flows settling imbalances between trading regions. Not between countries per se, but regions – because in the framework of the gold standard, borders vanish and the participating countries become locked into a single economic unit. At least, theoretically; practice was different, as we shall see.

What was the result of such actions? It has everything to do with the reserve function of gold in this system. The money supply is tied to gold; the more gold held by banks, the more money could be issued (a healthy multiple was considered to be two to three times the amount of gold reserves). Gold inflows allowed for monetary expansion, hence increased lending and thus increased investment and expenditure, while gold outflows reduced the money supply, tightened lending conditions, and throttled economic growth. In this way, economic regions were kept in balance: where growth was occurring it would automatically be restrained, and where contraction was occurring, the economy would automatically be stimulated.

There is more. The broader economy, in this system, is tied to the amount of gold held in reserve. In other words, economic growth, population growth, and attendant phenomena depended upon the vagaries of gold mining production as to whether they could even occur or not.

But of course, the 19th century was also the age of the social question, the silver question, the labor question, the suffrage question. All of these questions were tied to the gold standard with the restriction it inherently placed upon economic growth. The labor movement arose in response to that restriction, as did expansion of suffrage: for politicians realized that much hay was to be made by appealing to that ever-expanding voting bloc of disgruntled workers subjected to the whims of gold flows and gold reserves.

In response to incessant social and political agitation, there came the institution of central banking, the goal of which was to mediate between these social forces, on the one hand, and the dictates of the automatic mechanism, on the other. Increasingly, the pound sterling was considered to function as a substitute for gold, enabling money supplies to expand accordingly. But like the post-WW2 dollar standard, this made the world dependent upon sterling, and countries like Germany chafed under that dependency. The sterling standard gave the UK an “exorbitant privilege,” as they say, and provoked rivalry with Germany that ultimately led to the First World War.

Things got even worse in the aftermath, as war reparations along with the devastations of war led to the ascendancy of the US, which, in accordance with the dictates of the day, received in payment mountains of gold. But despite copious amounts of lip service, the automatic mechanism was not allowed to reassert itself. Instead, it was during the 1920s that the entire ideology of “price stability” and “full employment” began to be developed and implemented by central bankers, and the key to this was to keep all that gold from entering the financial system, provoking an unsustainable boom, or, even worse, allowing it to flow back to the countries from whence it came, as those countries tried to export their way to prosperity. The US, of course, had always practiced protectionism and now continued to do so, essentially consigning countries like Germany to relative penury and sowing the seeds for the Second World War.

What needs to be realized is that any system of currency which short-circuits the feedback mechanism (Jane Jacobs’ term) of currencies vis-à-vis one another, like the gold standard did, only substitutes another feedback mechanism. If one does not wish for fluctuating exchange rates, one should welcome the inflation-deflation whipsaw, because that is the alternative means for rectifying imbalances. And where such a whipsaw mechanism is politically unfeasible, as in any developed democracy it will be unfeasible, then the alternative is stagnation, as imbalances are allowed to build up on bank balance sheets in the form of unredeemed debt.

These are our alternatives. There are no others. The dream of a return to the gold standard should be laid to rest. Besides, the likelihood that such apparitions from the grave will be given new life is probably zero. Let’s spend our time talking about feasible alternatives.